Are They Cancer Killers or Frauds? What You Need to Know 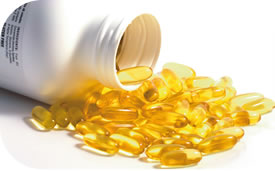 Marketing claims for nutritional supplements can be lofty -- and misleading. What's lurking inside those bottles -- cancer killers? Or con artists?

University of Michigan Rogel Cancer Center dietitians Joan Daniels, R.D., and Nancy Burke, R.D., say the best bet for cancer prevention is a healthy diet. Nevertheless, we know many of our patients have questions about supplements. Here's the lowdown on 10 commonly linked to cancer prevention.

Like all supplements, researchers don't know whether fish oil acts alone or with other food chemicals to provide cancer protection. Most people can tolerate up to 3,000 milligrams per day of fish oil. But higher doses may impair the immune system and increase bleeding and stroke risk. Instead of using fish oil, include oily fish, such as salmon and tuna, in your diet.

Charge: Flaxseed contains lignans, which may be helpful in reducing cancer risk. Lignans are phytoestrogens, plant chemicals that mimic the hormone estrogen. Flaxseed is also rich in omega-3 fatty acid.

Some people take flaxseed oil, but it does not contain lignans and lacks the antioxidant properties of ground flaxseed. Instead of oil, consider sprinkling ground flaxseed, which is high in fiber and omega-3s, over cereal or yogurt. But use caution: Flaxseed may cause stomach upset. Drink fluids to prevent bowel obstruction. Flaxseed may also interact with blood thinners, including pain medications such as aspirin. 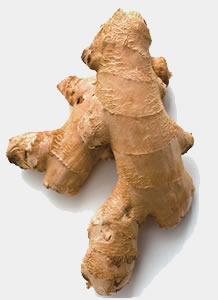 Charge: Ginger is known to control inflammation -- which may play a role in cancer -- and nausea.

Verdict: Ginger supplements are not recommended. However, adding fresh ginger root to your diet or chewing candied ginger for nausea may be helpful. Excessive amounts of ginger should be avoided, as it may interact with blood-thinners and cause lower blood sugar levels in people who take diabetes medications.

Verdict: Drinking up to three cups of green tea per day is probably safe for most people and may have anticancer effects.

However, green tea extracts or pills are not recommended. Be aware that green tea contains caffeine, which may interact with medications and keep you awake.

Charge: Lycopene is a plant chemical called a carotenoid. Research has shown that lycopene in food appears to reduce prostate cancer risk; however, this remains controversial.

Verdict: Once again, we don't know how lycopene works in the body -- or whether it's working alone -- to reduce cancer risk.

Charge: Melatonin is a hormone found in the body. Doctors sometimes prescribe a synthetic form of it to supplement cancer treatment or ward off side effects. Melatonin also is used to treat insomnia. Research is under way to determine whether melatonin helps boost the immune system.

Verdict: If you are having problems sleeping, it might be worth talking to your doctor about melatonin. However, do not take this supplement -- or any other -- without consulting your doctor first.

Some melatonin supplements may contain contaminants. Melatonin is known to interact with certain medications -- including blood pressure drugs -- and may worsen depression.

Charge: Resveratrol is a polyphenol known to act as an antioxidant, an antiinflammatory and a weak plant estrogen.

These properties may help it to prevent cellular damage known to trigger cancer, but its ability to slow the growth of cancer cells has only been shown in early laboratory testing.

Charge: Selenium is a mineral found in poultry, fish, wheat and liver. It was once thought to be potentially beneficial in preventing cancer. However, several studies have shown that it is not only ineffective, but also potentially dangerous.

Studies have shown it does not prevent skin, lung, prostate, stomach and esophageal cancer. Furthermore, research conflicts as to whether it may increase risk for a type of skin cancer called squamous cell carcinoma. Last year, a trial examining vitamin E and selenium for prostate cancer prevention was halted after researchers noted a small increase in diabetes among men who took selenium.

Charge: Turmeric, a curry spice, has anti-inflammatory properties and contains an antioxidant called curcumin. In very early basic laboratory studies, curcumin has been shown to stop the spread of melanoma cells. However, researchers do not know whether curcumin has any anticancer effects in humans.

Verdict: A recent study showed turmeric may interfere with chemotherapy for breast cancer, so avoid turmeric during chemo. Turmeric supplements also may worsen gallbladder problems or slow blood clotting. If you have finished treatment and want to learn how to use turmeric as a spice, try our recipes featuring tumeric.

Never take a supplement without talking to your doctor first. They may cause dangerous interactions with medications or lessen the effectiveness of cancer treatment.

Verdict: Research hasn't determined what dose of Vitamin D is effective -- and safe -- for cancer prevention.

In the meantime, eat oily fish along with milk and fortified cereals. If you have darker skin or are older than 50, get your vitamin D from limited sun exposure or ask your doctor if you require a supplement. The U.S. Food & Drug Administration recommends 400 IU for those 51 to 70 years old and 600 IU for those 71 and older. Continue to wear sunscreen; even though our bodies manufacture vitamin D as a result of sun exposure, it isn't worth the skin cancer risk.