You Don’t Have to Live in Pain 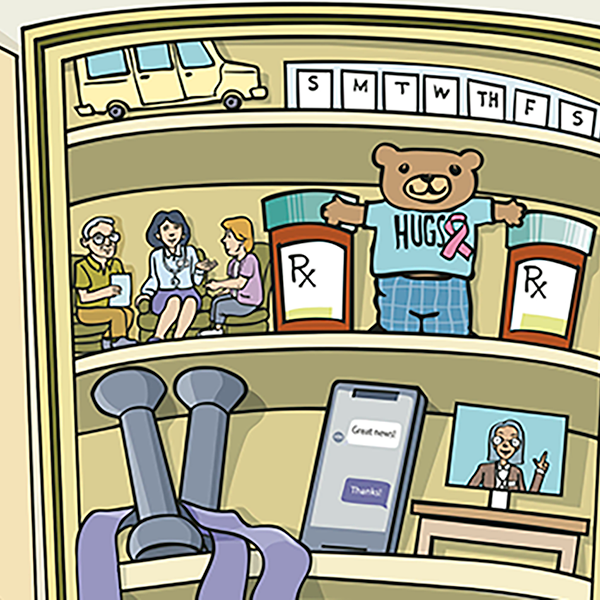 The team of providers has an “amazing toolbox” of different options to assist with pain management, medication tweaks, emotional support and more. 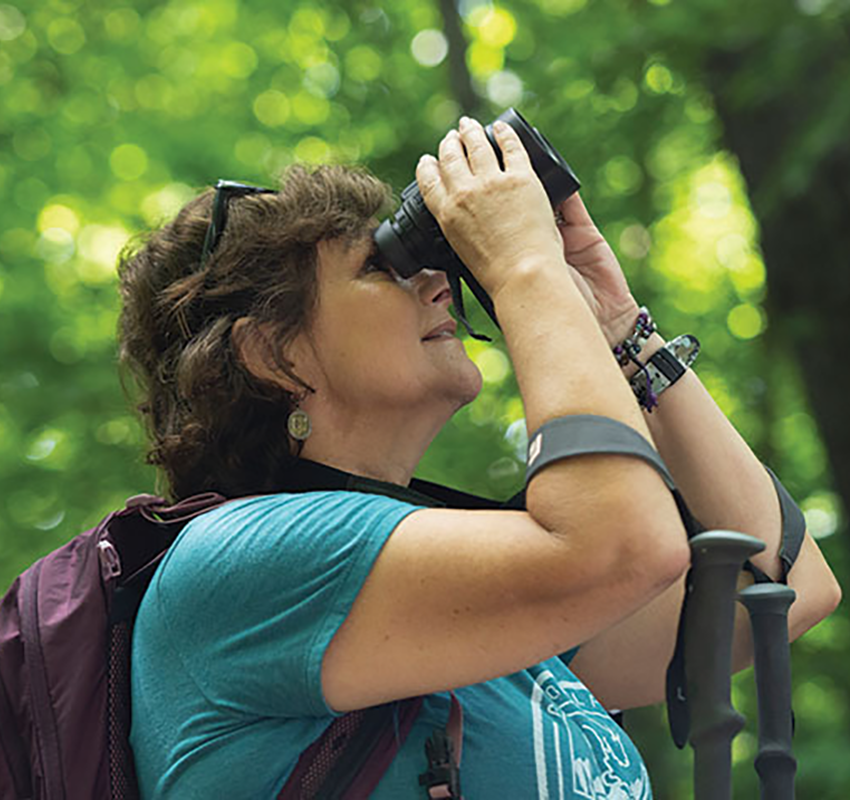 When Lori Robertson learned out her rare bile duct cancer had not only returned several years after undergoing surgery but had also spread to the lining of her abdomen, she was shocked. Her doctor offered her the chance to enroll in a phase 1 clinical trial, an early-stage research study that investigates the ideal dose for a potential new drug.

Using science and faith to live with adrenal cancer 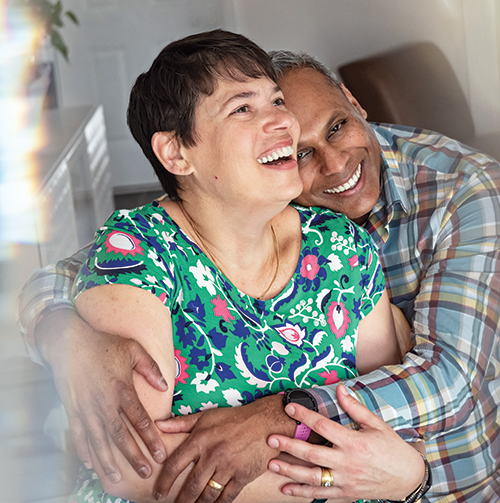 Adrenal cancer is diagnosed in one in every million people — and studies to test new treatments for it are just as rare. As the first patient in one of the few clinical trials for the disease, Tina Reuben hopes her participation will advance the field.

Who needs to get a third dose of the COVID vaccine?

Recent studies suggest that people who are immunosuppressed should receive a third dose of the COVID vaccine. A study done in Toronto found T cell responses and antibody responses, which are different elements of the immune system were significantly higher for those who received a third dose of the vaccine.

For many types of cancer, people of color are more likely to have poorer outcomes than those who are white. This disparity exists for COVID-19, too — and for many of the same reasons. We asked Michigan Medicine’s John Carethers, M.D., to explain the similar factors behind racial disparities in both diseases and to discuss how the pandemic has affected efforts to close the inequality gap.

Clinical Trials Facts You Should Know

For people with cancer or other serious health conditions, volunteering for a clinical trial is a way to make an important contribution to the future of medicine. We've put together six things you need to know about participating in a clinical trial.

A decades-old tool, the Hepatic Artery Infusion Pump, is experiencing a revival because it can offer a powerful option for some patients whose colorectal cancer has spread to the liver.

What You Need to Know About Breast Reconstruction Surgery

Why Breast Self Exams Are Now Optional

Twenty years ago, a physical examination of the breast was considered an essential early detection tool. Educational materials on how to perform self-exams were widely distributed, and women were strongly encouraged to learn the technique and perform it monthly. Today, the role of the self-exam in early detection is less clear.

For almost a year, Daniel Szkarlat thought his intestinal pain was due to an ulcer. When the symptoms didn't go away, a colonoscopy found he had a large mass. His doctor removed the mass and 33 lymph nodes and said he wouldn't need chemotherapy or radiation treatment. Dan and his wife weren't so sure, so they got a second opinion from John Krauss, M.D., director of the Multidisciplinary Colorectal Cancer Clinic at the University of Michigan Rogel Cancer Center.