War as a metaphor for cancer can be relieved of duty

contributed by Betsy de Parry, successfully treated for non-Hodgkin Lymphoma at the University of Michigan in 2002. 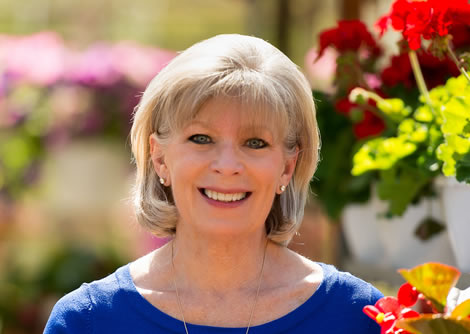 Betsy de Parry is the author of Adventures in Cancer Land

Call me a conscientious objector, but I’d like to demilitarize cancer.

Popular culture has long used war as a metaphor to describe the human experience of cancer. We are attacked by an enemy (cancer), unwillingly conscripted, and expected to fight with the help of generals (doctors) and allies (other medical personnel) who counterattack with an arsenal of weapons.

I don’t think so. Cancer begins with a single mistake within our bodies, so why would I want to think of my body as an enemy when, for the most part, it has served me well? I wasn’t about to go to war with myself even when my body made a mistake.

Yet everywhere we turn, we’re told to keep up the fight, as if we can control the outcome. Like all good soldiers, we’re expected to take up arms, put up our shields and become strong, brave warriors, if not for ourselves, at least for our families and friends.

I’m the first to believe that acting brave can sometimes make us feel brave, and sometimes shields are necessary, but I got really tired of hearing “Keep up the fight and I know you’ll win.” I always wanted to reply, “So will it be my fault if I croak?”

We’re even told how to fight: with a good attitude. Excuse me, but my attitude neither caused my cancer nor could it cure it, and the pressure to maintain a perpetual good attitude is neither realistic nor sustainable.

Sure, a good attitude helped me slog through treatment and the day-to-day challenges. And of course I wanted to create at atmosphere of hope for those who cared about me, but as my options ran low, so, too, did my optimism, and I dropped my guard and cried. Does that mean I gave up? No, it meant I was human – capable of feeling, fearing, crying and moving on.

And of course we’re told never to surrender. Sadly, losses are inevitable and the pressure not to surrender has left some feeling guilty or defeated if, toward the end, they opt for quality of life over harsh treatment that offers no clinical benefit. That’s no surrender. It’s a personal choice that requires coming to terms with a finite amount of time and choosing how to spend it, something I could never have understood until I brushed close to death.

War implies two opposing forces locked in a battle until one or the other loses, but no one loses to cancer because cancer does not live on victorious after death. Our legacies do: how we loved our families and taught our kids to live, for example.

If my cause of death is ultimately cancer, I’ve already told my husband that my obituary better not say, “After a long and valiant fight, Betsy lost her battle with cancer.” It would really frost me if my life were defined by some sort of military campaign and my death implied that cancer had won.

The fact is, I never, not once, fought my cancer. Rather, I made a series of choices with the hope of extending my life – like, among other things, showing up at the hospital and treating myself to a series of potentially life-saving drugs until one of them worked. That’s not fighting. It was choosing the possibility of life over certain death.

That’s no different than what we all do every day. We make choices in response to the challenges that slip into our lives alongside joy and pleasure. Undoubtedly, cancer is one of the biggest challenges many of us will ever face, but declaring war on it gives cancer far too much clout.

Research has even shown that war metaphors can lessen cancer prevention behaviors. Hopefully, that will be the impetus to start ridding the language of cancer of its military metaphors.

Until then, each of us can choose our own terms. Roller coaster was a good fit for me because cancer felt like a series of twists and turns and ups and downs, much like life but with twistier twists and deeper downs. Some have described their experience as a journey. Others have called it a match, a competition, a rough sail, a marathon, weeds in a garden, even a dance.

The ranks of conscientious objectors to war metaphors are swelling and you, too, can relieve them of duty. After all, there’s no rule that requires us to incorporate war talk into our own experience.