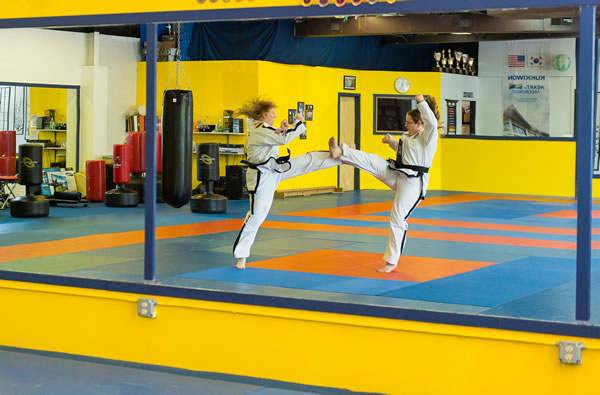 Taekwon-Do is a family activity for Spiessl and her younger sister, Heidi (right), who train and practice together whenever possible.

Michigan's sparsely populated Upper Peninsula is a remote and beautiful part of the world. These are ideal conditions for close-knit families and communities, but scary for someone facing a rare and dangerous disease that began as a complicated puzzle.

Barbara Hilija Spiessl, the oldest of seven children, embodies the qualities that define her family -- strength, resilience, loyalty and humility. At 33, she plays a leading role in the family business, an outdoor summer produce market. Though often physically demanding, she loves the work, which keeps her connected to family, neighbors and the outdoors.

"I'm happiest when I'm active," she says. "When I'm not working, you're likely to find me doing something athletic." Spiessl plays ice hockey in a predominantly male league and is a fifth-degree black belt in Taekwon-Do, a martial art requiring not only fitness and strength, but discipline and focus.

Five years ago, she called upon all of those qualities to face cancer.

"In late winter 2011, I began feeling run down," Spiessl recalls. "It kept getting worse, and I then noticed a mass in my left cheek. I saw a dentist, a doctor and an ear nose and throat specialist -- no one could figure it out."

Soon, those bothersome symptoms were met with something even scarier. Lumps began developing under her skin -- on her legs, arms and torso. Spiessl's search for answers led her to specialists in Green Bay, Wisconsin. Shortly after returning to Michigan, still in grave condition and without a diagnosis, she was admitted to a hospital in nearby Marquette.

There, additional tests and a painful bone marrow biopsy provided the first real clue to cracking the case.

Spiessl was diagnosed with hemophagocytic lymphohistiocystosis. A rare and life-threatening condition, HLH is driven by a faulty activation of the immune system, causing a number of profound symptoms that can rapidly become life-threatening.

A medically equipped charter flight brought her to Ann Arbor. As Spiessl tells it, "as soon as we arrived, we were met with a brigade of doctors." At the head of the brigade: hematologist Ivan Maillard, M.D., Ph.D., now director of the Rogel Cancer Center's Leukemia Program.

"Although HLH was diagnosed first," he explains, "we soon determined that it was caused by an aggressive cancer called subcutaneous panniculitislike T-cell lymphoma, a rare subtype that accounts for less than 1 percent of all non-Hodgkin lymphomas."

THE ROAD TO RECOVERY

Spiessl's initial chemotherapy treatments resolved her high fever and skin lesions. But her lymphoma relapsed soon after. She needed a bone marrow transplant to reset her system. But it could only be undertaken after restoring her to remission. 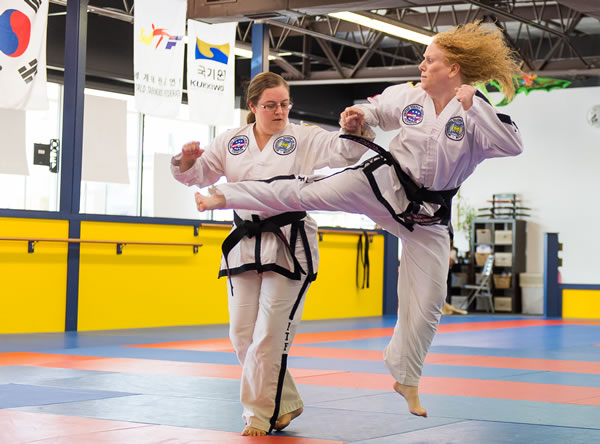 After several rounds of different chemotherapies, each with taxing side effects, her medical team arrived at the right combination.

To find a bone marrow match for the transplant, all of her siblings were tested.

"We were discouraged when no one matched," she recalls. "Happily, the national registry came through with four 10-point matches."

The transplant, performed by a team including Attaphol Pawarode, M.D., and Steven Goldstein, M.D., was a success.

Spiessl applied both her physical conditioning and Taekwon-Do training to her recovery.

"Right away I started doing my best to speed walk the hospital halls," she says. "And I went through Taekwon-Do patterns in my head to relax my mind." Spiessl was a fourth-degree black belt at the onset of her illness and wanted to continue her training in order to test for the next level, along with her sister, Heidi.

Spiessl had a family member by her side every step of the way. "I never spent a day alone in the hospital," she says. "Not everyone has that kind of support. I'm so fortunate."

She endured a bout of scleroderma, an autoimmune disease that causes hardening of the skin and other connective tissues. The steroid prednisone was used to treat it. That triggered diabetes. Both of those conditions are now almost entirely resolved.

A recent diagnosis of lipodystrophy, a condition that makes it difficult for the body to make, use and store fat requires her to adhere to a very low fat diet.

Despite these challenges, in the nearly four years Spiessl's cancer has been in remission, she has regained most of her strength and stamina. Her recipe for coping with cancer’s late effects: a commitment to physical fitness, the mind-body discipline of Taekwon-Do, and the resilience that comes from staying connected to a loving, supportive family and community.

Something to Cheer About

The Power of Words