What is Breast Density?

Breast density is defined as the ratio of fat to fibroglandular tissue in the breast. 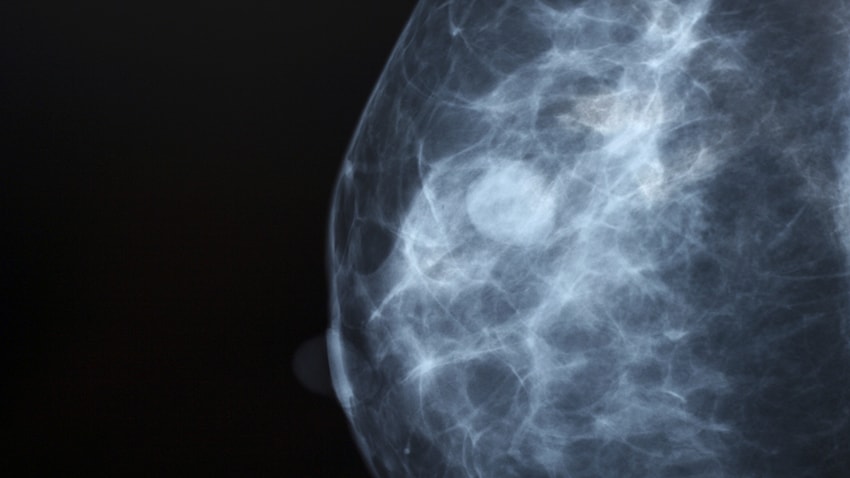 What is the significance of mammographic breast density?

There are two primary implications of mammographic breast density.

1. The first involves the effect on mammographic sensitivity (i.e. the test's ability to identify a clinically occult malignancy, known as "masking").

2. The second involves the increase in breast cancer risk imparted by dense breasts.

How high is the cancer risk associated with breast density?

The medical literature on the impact of density on this cancer risk is often misleading because most studies describe the risk by comparing the 10% of women in the highest density category (extremely dense) with the 10% of women in the lowest density category (almost entirely fatty). This is not meaningful to the other 80% of women, nor should risk comparisons be related to such a small subset of the patient population.

When risk is expressed relative to average breast density (between scattered areas of fibroglandular density and heterogeneously dense),

Should a woman with dense breasts still get a mammogram?

Yes. Mammography is the only screening tool that has been demonstrated through large randomized trials to lower breast cancer mortality. Those trials included all breast densities. While mammography sensitivity is somewhat lower in women with extremely dense breasts, it is still the best modality for population-based screening. Also, mammography is the only test that can reliably detect suspicious calcifications. Such calcifications are often the first sign of in-situ cancers, which (in 20% of cases), coexist with otherwise invisible invasive cancers.

There is no recommendation that mammography be replaced with another test in any subset of the population.

For women with dense breasts, what additional options are available?

For patients who are interested in additional screening options, a breast cancer risk assessment may be appropriate. Patients are encouraged to discuss with their provider and/or breast specialist whether supplemental tests and/or other interventions aimed at reducing breast cancer risk will be beneficial.

The issue of breast density provides a major impetus to the perceived need for additional breast cancer screening modality(s). Among the additional tests that are available, screening breast MRI and screening breast ultrasound have been tested extensively. Background breast density has less impact on the ability of MRI and ultrasound to detect cancer than it does for mammography, which is why each of these tests increases cancer detection over mammography alone, MRI much more so than ultrasound. However, both MRI and ultrasound are associated with a much higher rate of benign biopsies and a much higher rate of recommendation for short interval follow-up than mammography. Therefore, choosing to have one of these tests in addition to mammography involves the benefit/risk trade-off of early cancer detection versus increased false positives. The higher the cancer risk, the more likely there will be benefit, so the trade-off can be more favorable for high risk women than for average-risk women who simply have dense breasts.

Screening breast MRI has been shown to substantially increase the rate of cancer detection. It is recommended, along with mammography, in patients who are at very high risk (>20% lifetime risk of breast cancer) based on one of several accepted risk assessment tools that look at family history and other risk factors.

For patients at an "intermediate risk," (equivalent to a 15% to 20% lifetime risk) a patient-centered shared decision-making approach is recommended between the patient and her provider and/or breast specialist. These intermediate risk patients include those with a personal history of breast cancer, a prior biopsy diagnosis of lobular carcinoma in situ (LCIS), atypical lobular hyperplasia (ALH), or atypical ductal hyperplasia (ADH).

Screening breast ultrasound is not offered at many centers and may entail an out-of -pocket charge to patients. Small studies have shown a modest increase in cancer detection, but also a high rate of false positives resulting in benign biopsies. The choice to have this test should be made on an individual basis after a discussion of these risks, benefits, and costs.