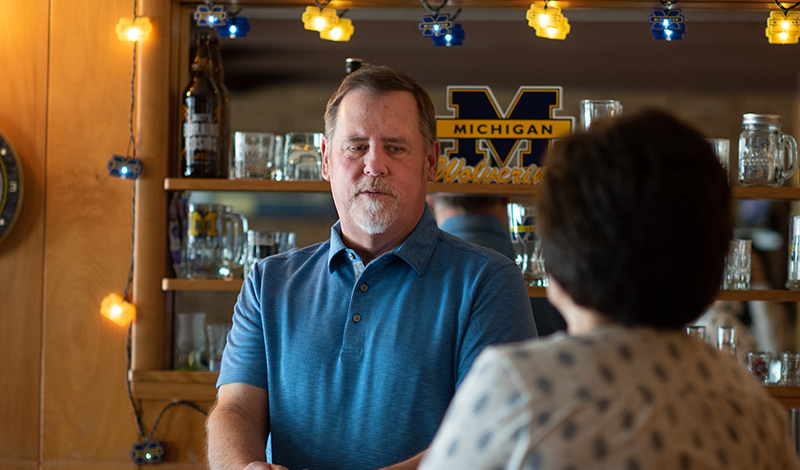 Dan Szkarlat, 61, walks 13 miles a day on his regular mail route as a postal carrier in Allen Park, Michigan, so dealing with intestinal discomfort and pain was far from ideal. An endoscopy had revealed a small, healing ulcer. His primary care doctor prescribed iron pills for anemia and heartburn medicine, but the symptoms kept returning. He wondered whether he should retire earlier than planned.

After eight months on iron with no significant improvement, he took a vacation up north. His intestinal symptoms left him feeling awful the whole trip. Finally, his doctor ordered a colonoscopy.

Szkarlat’s hope for answers quickly turned to concern. The doctor couldn’t even complete the test. A large tumor blocked his colon. A CT scan confirmed the mass and identified a lymph node consistent with metastatic colon cancer. Within weeks, Szkarlat was scheduled for surgery at an area hospital, where the mass was removed, along with 33 lymph nodes.

After surgery, he was given a clean bill of health. Even better, he would not need chemotherapy or radiation therapy.

"I was excited and relieved. I planned to go back to work after my six-week recovery," Szkarlat says. "I called my friends and family and told them no chemo. They got it all."

One issue remained: his wife, Sue, who couldn’t shake the feeling something was missed. Why did it take so long for her husband to get diagnosed? And how could it be that he needed no follow-up treatment? 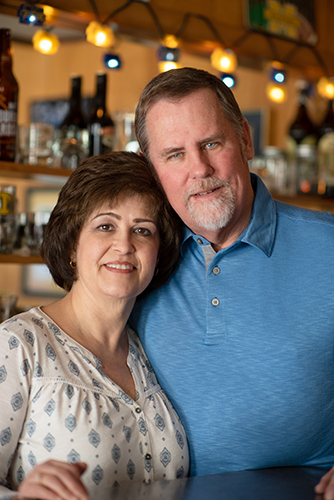 As Szkarlat healed from surgery, Sue researched colon cancer treatment. Someone she worked with recommended John Krauss, M.D., director of the Multidisciplinary Colorectal Cancer Clinic at the University of Michigan Rogel Cancer Center.

"I figured it couldn’t hurt to get a second opinion," Sue says. "Why not go to one more appointment just to be safe?"

Szkarlat was reluctant. He was told he was cancer free and wanted to believe it. Why get a second opinion now? Sue persisted and they scheduled an appointment.

"Dr. Krauss scheduled a CT scan right away. Sure enough, it found one rather large, cancerous lymph node. I would need another surgery to remove it," Szkarlat says.

Krauss says second opinions are an important option any time a patient feels unsure. And, in Szkarlat’s case, having his previous and current CT scans reviewed by the multidisciplinary colorectal cancer tumor board at the Rogel Cancer Center radically changed the course of his treatment.

The group of experts restaged Szkarlat’s diagnosis from stage 2 to stage 3 colon cancer.

Krauss referred him to colorectal cancer surgeon Hari Nathan, M.D., Ph.D., who pinpointed the exact location of the cancerous lymph node, which required a larger incision and could not be removed laparoscopically.

Following surgery, Szkarlat needed six months of the chemotherapy FOLFOX to destroy any remaining cancer cells in his body.

"Repeat surgery and 12 doses of chemotherapy is a radically different plan than what he was previously told, and so that has to be introduced with care and compassion," Krauss says. "Communication requires giving information and gently probing the patient to make sure they understand why you are recommending the course of action."

Side effects from Szkarlat’s chemotherapy treatment included tingling fingers and toes, nausea, fatigue, headaches, joint pain and mouth sores. Nonetheless, he worked as much as possible and credits his 13-mile walks with helping him stay busy, distracted and fit.

Krauss describes his patient’s commitment to working through treatment as "remarkable."

Upon completion of his treatment last November, Szkarlat’s final CT scan was free of cancer.

"I tell everyone: God bless my wife. I didn’t want to go back to the doctor, but reluctantly did," Szkarlat says. "Dr. Krauss is a doctor that listens to me and listens to my wife. He laid out everything that was going to happen, step by step."

Now, the Szkarlats are back to life as usual. They take meticulous care of their Allen Park home and garden after downsizing and enjoy traveling to visit the two of their three adult children who live out of state.

Szkarlat is planning his official retirement at the end of the summer, after he and Sue attend their son’s wedding in Hawaii.