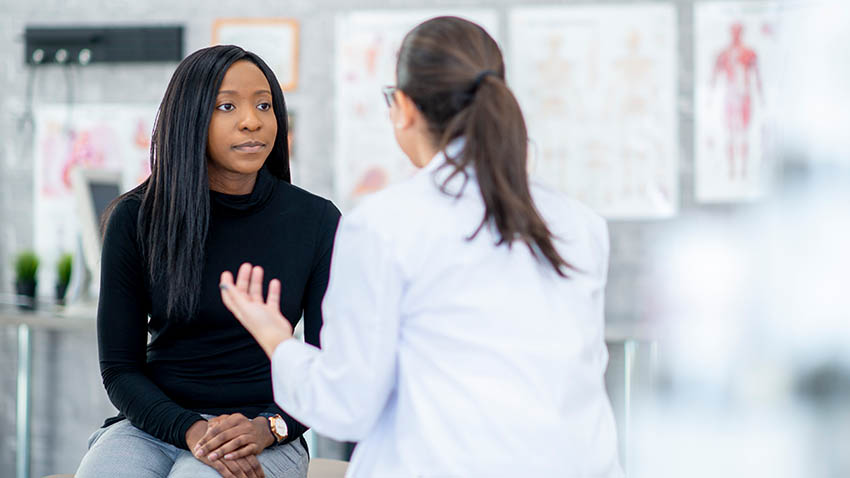 U.S. Preventive Services Task Force has updated its recommendations on screening for the BRCA1 and BRCA2 genetic mutations.

Breast cancer and/or ovarian cancer survivors should be offered genetic counseling and genetic testing for BRCA1 and BRCA2 genetic mutations, according to new recommendations from the U.S. Preventive Services Task Force.

They were also recommended for women with Central and Eastern European Ashkenazi Jewish ancestry.

Previously, genetic counseling and/or genetic testing was recommended for women with a family history of breast cancer or ovarian cancer.

The mutations are found in 15% of ovarian cancer cases and up to 10% of breast cancer cases.

“This is something we have already been championing,” says Kara Milliron, a genetic counselor at the University of Michigan’s Rogel Cancer Center’s Breast and Ovarian Cancer Risk Evaluation Program. “And across the country, this may help raise awareness, especially among primary care physicians, about potential benefits to cancer survivors that genetic testing can provide. As was eloquently stated by the task force, this information can be used to take better care of patients as they move forward in survivorship.”

If the patient is found to be at risk for other cancers, they can receive appropriate screening or prevention recommendations, Milliron says.

"The bottom line is that genetic testing can really aid in keeping patients healthy."

For example, if they have a BRCA1 or BRCA2 mutation, additional cancer screening may be recommended, or the patient may want to discuss having a bilateral mastectomy as a risk-lowering measure.

Or, if a patient is at an increased risk for ovarian cancer, they may want to consider reducing their risk by having their ovaries and fallopian tubes removed.

For some types of genetic mutations, testing may also uncover opportunities to participate in clinical trials of new screening techniques or prevention approaches, she says.

“The bottom line is that genetic testing can really aid in keeping patients healthy,” Milliron says. “We’re following them more closely than we would be able to without that genetic information.”

Other Key Things to Know About Genetic Screening for Cancer

According to Milliron, here are some key points to keep in mind:

“This is a safe environment,” Milliron says. “I’ve been here since 1998, and we haven’t seen any evidence of genetic testing being used to discriminate against our patients.”

Get more information about cancer genetics and breast and ovarian cancer:

Why Every Pancreatic Cancer Patient Should Consider Genetic Testing

Family Matters: When Cancer is Inherited