More than half a million breast cancer deaths averted in the U.S. over three decades

Latest U.S. estimates indicate that since 1989, hundreds of thousands of women's lives have been saved by mammography and improvements in breast cancer treatment. Published early online in CANCER, a peer-reviewed journal of the American Cancer Society, the findings point to progress made in early detection and management of breast cancer. 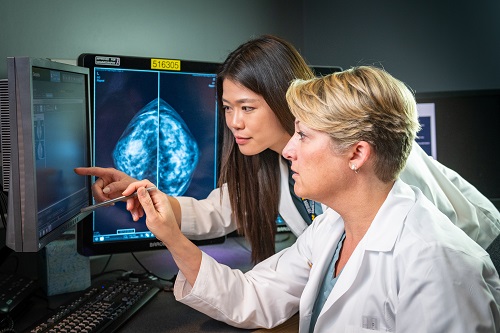 Screening mammography for the detection of breast cancer became widely available in the mid-1980s, and various effective therapies have been developed since that time. To estimate the number of breast cancer deaths averted since 1989 due to the collective effects of both screening mammography and improved treatment, R. Edward Hendrick, Ph.D., of the University of Colorado School of Medicine, Jay Baker, M.D., of Duke University Medical Center, and Mark Helvie, M.D., of the University of Michigan Rogel Cancer Center, analyzed breast cancer mortality data and female population data for U.S. women aged 40-84 over the past three decades.

He noted that currently, only about half of U.S. women over 40 years of age receive regular screening mammography. “The best possible long-term effect of our findings would be to help women recognize that early detection and modern, personalized breast cancer treatment saves lives and to encourage more women to get screened annually starting at age 40.”

Helvie adds that additional benefits will likely be realized as research continues. “While we anticipate new scientific advances that will further reduce breast cancer deaths and morbidity, it is important that women continue to comply with existing screening and treatment recommendations,” he says.