A passion for cancer research and a passion for education come together under the new Rogel Scholarships program. The initiative, funded as part of a $150 million commitment from Richard and Susan Rogel, supports fourth-year medical students interested in establishing a career in cancer research.

Three inaugural recipients were selected jointly by the University of Michigan Rogel Cancer Center and the Medical School’s Office of Admissions.

Each student will receive $50,000 in support of their fourth year of medical school. 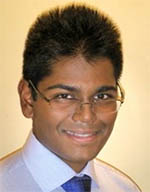 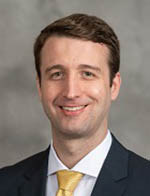 Matthew McMillan earned a bachelor’s from the University of South Carolina and completed a Pre-Health Post-Baccalaureate Program at the University of Pennsylvania. He is currently working in research labs studying the combination of radiation and DNA damage response inhibitors to sensitize pancreatic cancer to immunotherapy. He plans to pursue a career in radiation oncology. 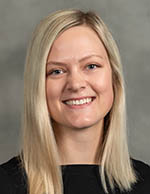 Emma Williams earned a bachelor's from the University of Michigan. She is currently working with hematologic malignancy faculty on minimal residual disease detection in acute myeloid leukemia. She plans to pursue a career in hematology/oncology.

“We are very pleased to award these scholarships with the hope that it will have major and leveraging effects in supporting these students’ aspirations for impact and innovation in cancer research and cancer care,” says Steven E. Gay, M.D., M.S., assistant dean for admissions at the U-M Medical School.

In 2018, Richard and Susan Rogel committed $150 million to the University of Michigan’s cancer center, which was renamed the Rogel Cancer Center. The scholarships represent one of seven programs to be funded through the gift. The programs focus on improving treatment and care for cancer patients, helping to develop promising scientists, and leveraging the university’s broad and deep strengths in science, innovation and patient care.