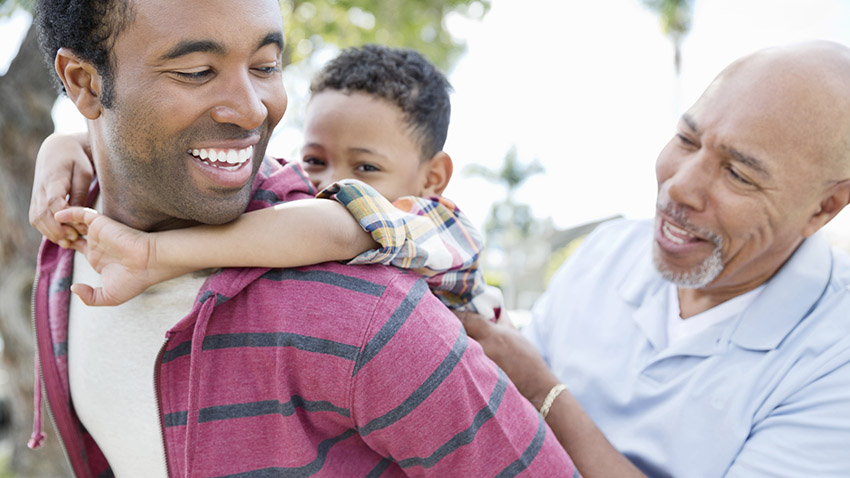 The largest study of its kind finds societal factors and access to quality care, rather than genetics, underlies higher prostate cancer mortality rates for black men.

In a JAMA Oncology study, a team led by the U-M Rogel Cancer Center analyzed data from more than 300,000 prostate cancer patients in order to better understand outcomes and what factors might be driving them.

For example, in addition to their prostate cancer diagnosis, black men were more likely to have cardiovascular disease and obesity, which can separately shorten their lifespans, says study co-senior author Daniel Spratt, M.D., previously co-Chair of Genitourinary Clinical Research at U-M.

“The data show that black men don’t appear to intrinsically and biologically harbor more aggressive disease,” Spratt says. “They generally get fewer PSA screenings, are more likely to be diagnosed with later stage cancer, are less likely to have health insurance, have less access to high-quality care and other disparities that can be linked to a lower overall socioeconomic status.”

Spratt adds, “While our job is to treat cancer, we know that these other factors are in play, so as doctors we need to make sure we focus on the health of the entire patient and, as a society, on addressing racial inequities.”

The large, population-based dataset -- known as Surveillance, Epidemiology, and End Results, or SEER -- had previously been used to suggest that there were underlying genetic factors behind differences in outcomes seen in blacks and whites in the US, since the data didn’t account for multiple variables.

The additional data and analysis in the U-M study suggest external factors are more likely the cause, the researchers say.

Using patients from the VA allowed the researcher to look at a group with more similar baseline characteristics, one that has equal access to healthcare, the authors note. Additionally, in the randomized trial data, comparison is improved because patients are given specified treatment regimens and have regular follow-up, often for more than 10 years.

Looking across all of these datasets provides a more accurate picture of whether race, independent of other social factors, leads to different health outcomes.

The study’s researchers found that black men did not have an increased risk of dying from prostate cancer compared to white men with a similar stage of disease. On a population level, the disparities in death rates appear to mostly, if not entirely, be attributed to external circumstances.

However, even when adjusting for variables, it was clear across the three datasets that black men die more often from other causes like heart disease compared to white men. Therefore, the greatest disparity to black men with prostate cancer is access to quality healthcare and guideline concordant care that are likely rooted in complex socio-cultural inequities in the US.

The clinical trials data even suggested that black men had a lower prostate cancer mortality rate than white men -- meaning that on a stage-for-stage basis black men might have higher cure rates than white men when treated with radiation therapy. So, Spratt encourages providers to be cautious about misinterpreting the SEER population results updated each year.

“Why black men are diagnosed more often with prostate cancer is something that requires further investigation,” he says.

The study was co-led by first authors: Robert Dess, MD, Holly Hartman, MS, from U-M and Brandon Mahal, MD, from Massachusetts General Hospital. The other co-senior author was Matthew Schipper, PhD, from U-M.