What you need to know about new breast implant recommendations 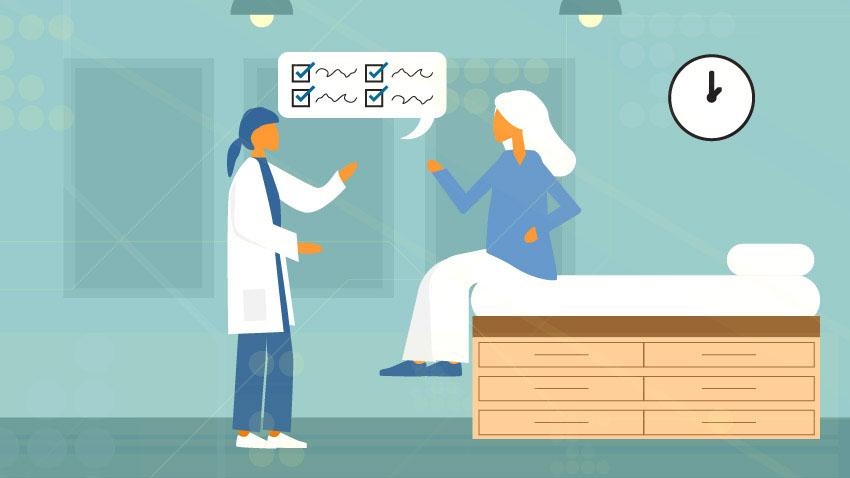 Recently, the Food and Drug Administration recommended that patients considering breast implants -- whether for reconstructive surgery after a mastectomy or cosmetic surgery -- receive detailed information about potential complications and rare health risks that can occur.

If adopted, the newly proposed FDA breast implant guidelines would require that standardized patient decision checklists be shared with women to help ensure they understand the involved risks and benefits.

“We believe women should have thoughtful and balanced discussions with their health care providers about both the benefits and risks of breast implants based on clear and current information,” the FDA said in a news release. “This draft guidance is an important step in making that happen.”

Surgeon Edwin Wilkins, M.D., a professor of plastic surgery at Michigan Medicine, sat down with the Michigan Health Blog to discuss the new recommendations and talk about breast implant safety more generally.

“These recommendations are a positive step,” Wilkins says. “I’m confident that we, and many other providers, already do a good job talking to patients about the risks and benefits of implants — but there’s always room to do even better. A checklist approach could help ensure a consistent experience for patients across the country.”

Risks from breast implants are real, but low

Millions of women have breast implants and about 400,000 women in the United States get breast implants each year, according to the American Society of Plastic Surgeons. Of those, 300,000 are cosmetic surgeries and 100,000 are reconstructive surgeries.

The largest risk for patients are local complications -- problems at the site of the implant, Wilkins explains. These can include pain, changes in nipple and breast sensation, leakage, or tightening of scar tissue around the implant.

“What’s not as well understood is that breast implants usually do not last a lifetime,” he says. “The longer you have them, the more likely it is that leakage or other complications will develop and that you will require additional surgeries to remove and potentially replace them.”

The good news, Wilkins says, is that with modern, semi-solid silicone gel implants, leaks are usually contained and easily treated; replacing them can usually be done in an outpatient setting.

Public concern has also been raised about systemic symptoms related to breast implants, sometimes called “breast implant illness,” which can include fatigue, joint pain and memory problems. Some women have reported relief of these symptoms after having their implants removed, and the issue continues to be studied by scientists.

“Overall, there’s a lot of scientific evidence to show that breast implants are safe,” Wilkins says. “Large, epidemiological studies in thousands of women over the last few decades have demonstrated this.”

For example, an Institute of Medicine committee reviewed all of the available evidence and, in 1999, issued a report on breast implant safety finding that cancer, neurological and other systemic “diseases or conditions are no more common in women with breast implants than in women without implants.”

“But we may discover that there is a small group of patients with predisposing factors that may give rise to what we now call ‘breast implant illness’,” Wilkins adds. “More research is needed, but if it’s true, it’s likely an extremely small subset.”

In recent years, evidence has emerged linking breast implants with textured surfaces to a rare type of immune-system cancer called breast implant-associated anaplastic large cell lymphoma, or BIA-ALCL. As of July 2019, the FDA had reported 573 cases of BIA-ALCL worldwide and 33 deaths from the cancer. At Michigan Medicine, textured implants haven’t been used in more than a decade.

“At the University of Michigan, whether it’s with our breast reconstruction patients or our cosmetic patients, we spend a lot of time going over the pros and cons — not just about implants, but also about the primary alternative, natural tissue reconstruction,” Wilkins says.

Wilkins cautions patients with concerns to seek out trustworthy sources of information.

“Is there a lot of concern out there? Yes,” he says. “Is a lot of it backed up by scientific evidence? Not as much as we’d like.”

Although the best source of information might be a conversation with your doctor, Wilkins says, the main online source he recommends is the FDA’s information on breast implants, which includes straightforward, detailed information about risks, complications and the new proposed guidelines.